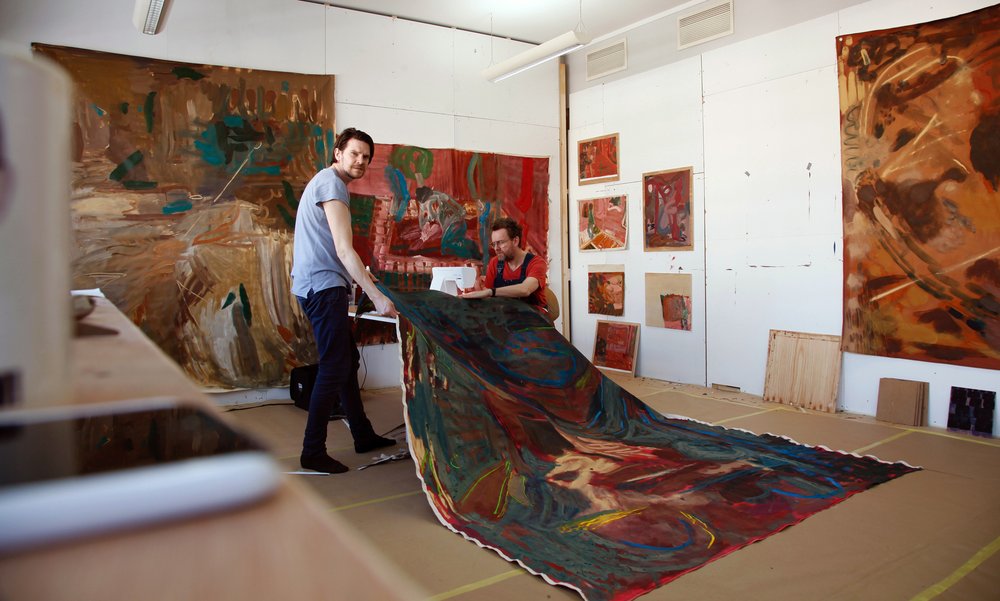 The exhibition at Kunstnerforbundet, April 2018, shows paintings done not outdoors but indoors for the first time in the

-& Co. history, and three videofilms made in collaboration with Sanjey Sureshkumar. During January to March 2018, -& Co. worked in Patrik Entians studio in Drammen, with little money, they took wathever the studio interior could offer and painted whatever came up in their minds. Soon the works developed in two different directions where Aleksi dug deep in to abstrakt motifs sprung out from the direct process, while Patrik insensible for himself proceeded into depicting the studio and his studio mate. Due to the economic circumstances the paintings were either sewn and fitted with eyelets or glued on to found wooden boards instead of the wooden stretchers we could not afford. Actually the words wooden stretchers, -& Co. from now on declares as being the perfect artistic expletives. Wooden Stretchers!

Two of the three video films are set outdoors. One in a gravel pit in Skien and one where -& Co. returns to the Best petrol station in Hvittingfoss. The third film is made in the studio while the artists are painting. The films portrays two middle aged men in safe surroundings in an uncertain world, Gubbjävlar (Old man shit?). See the videofilms here: 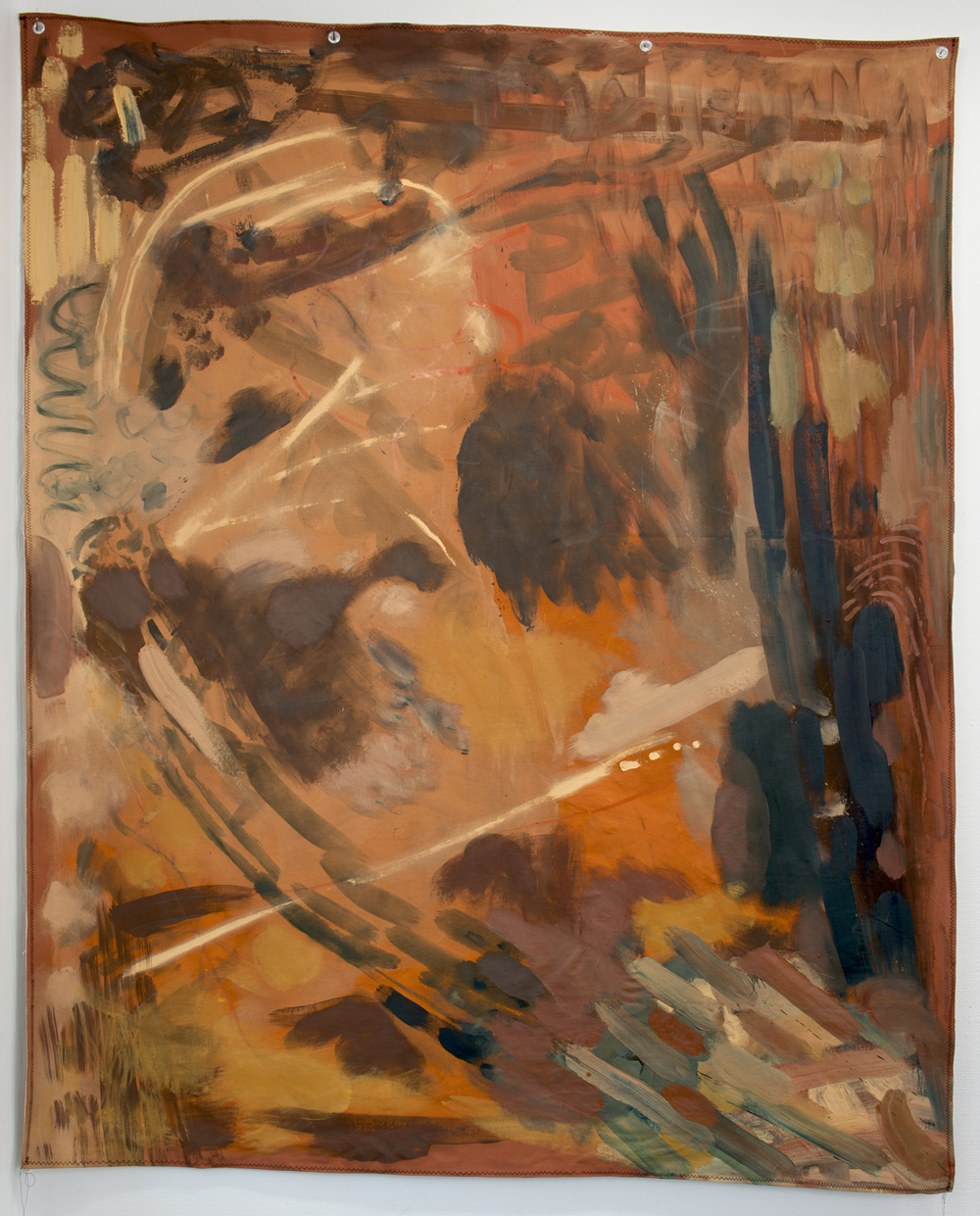 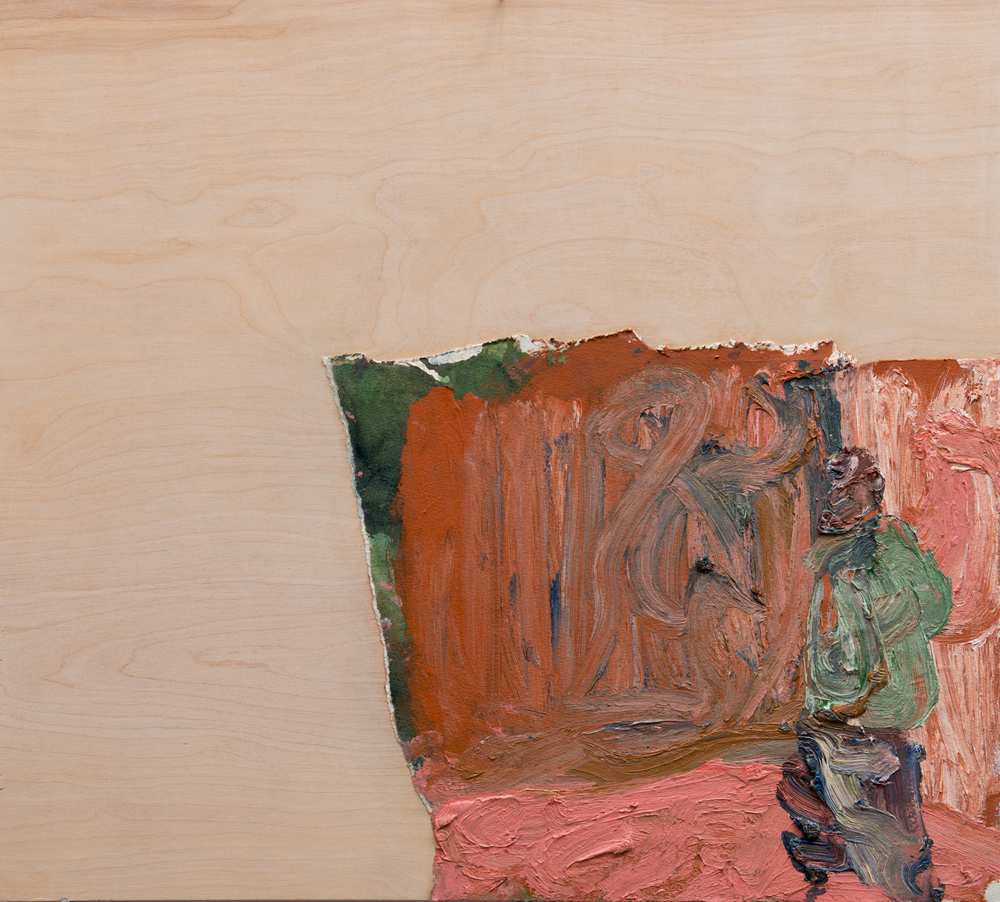 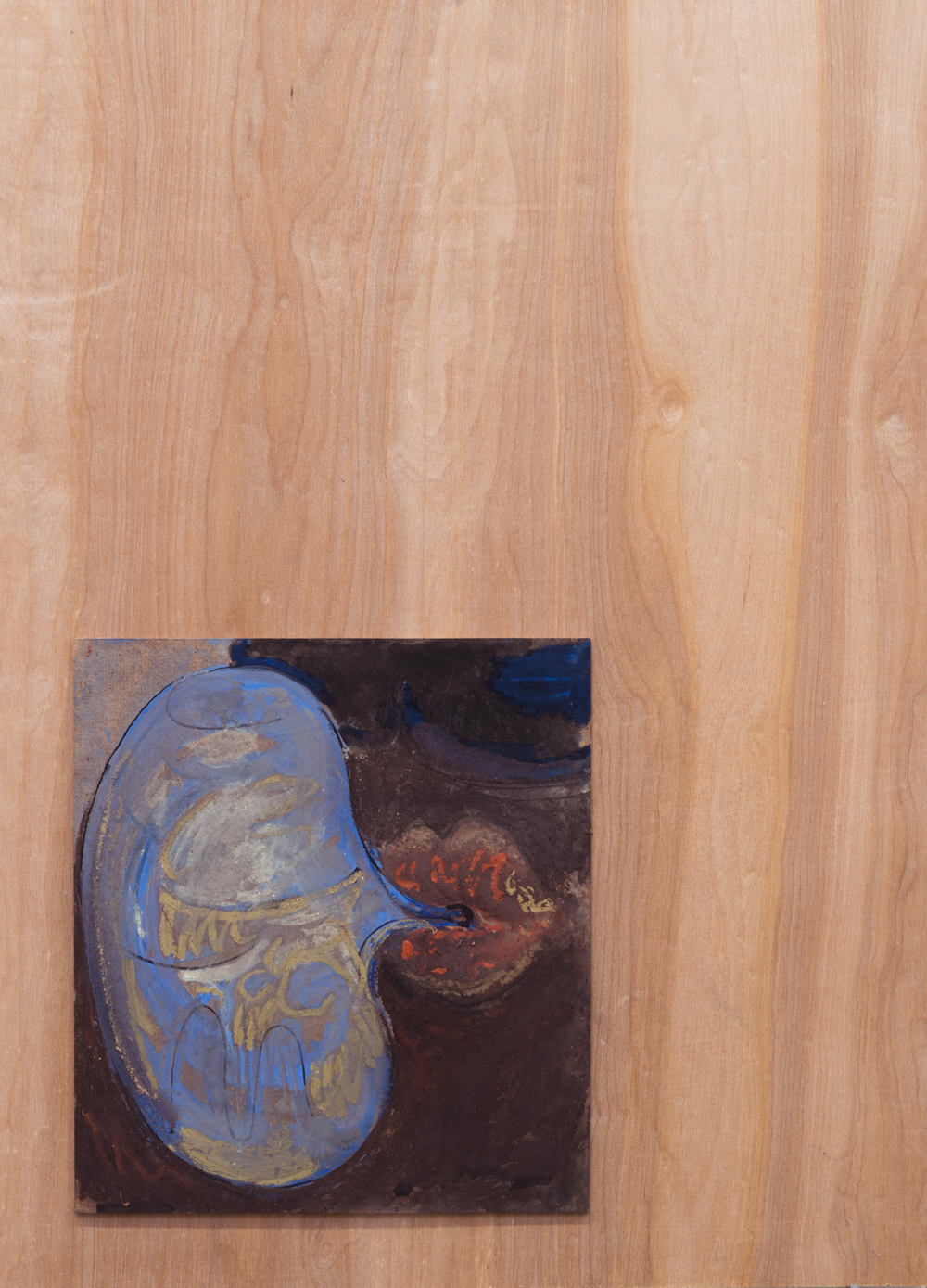 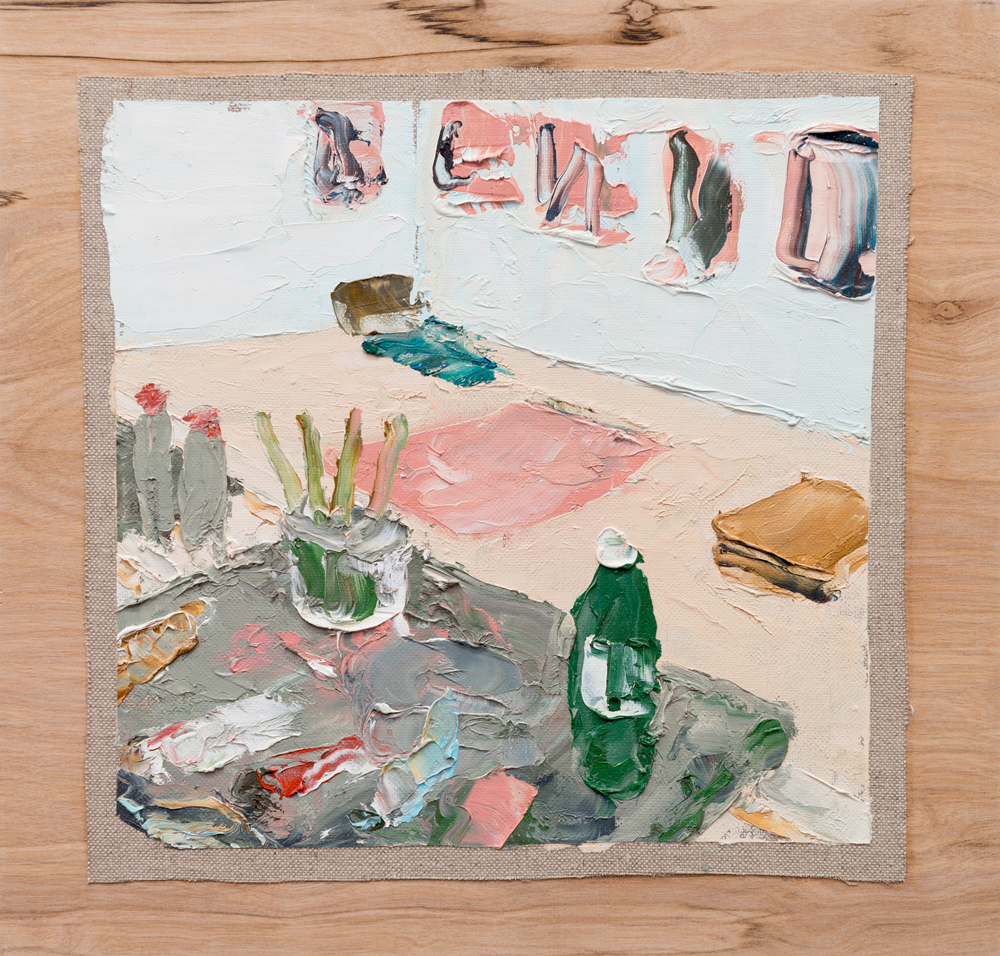 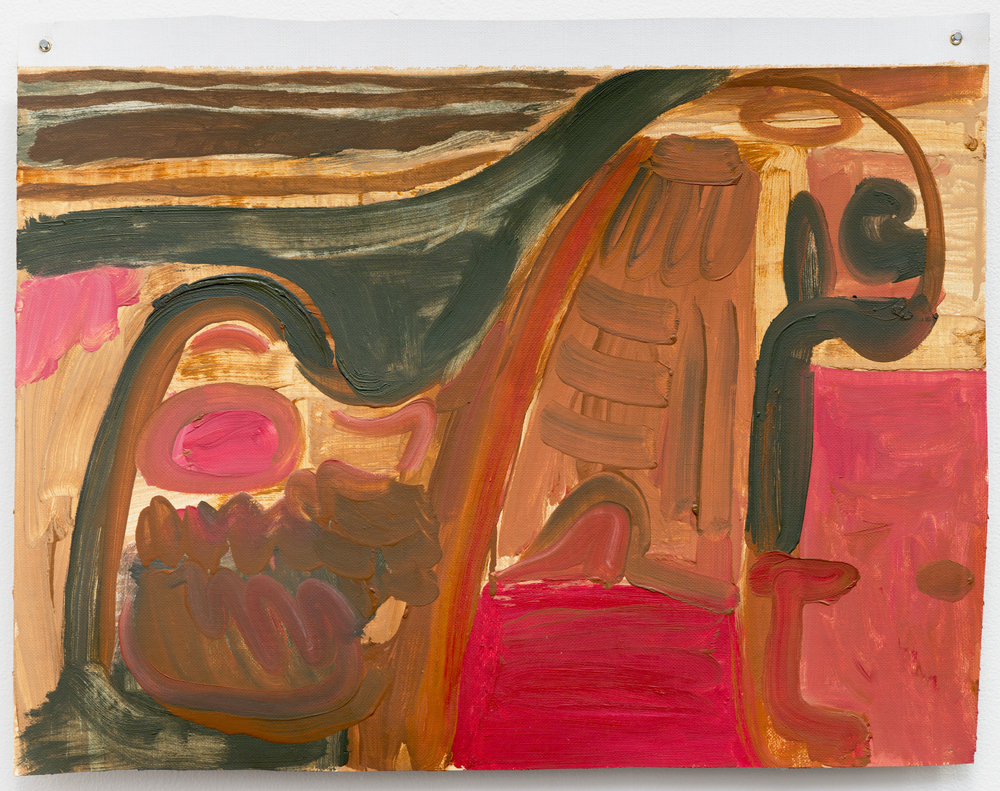 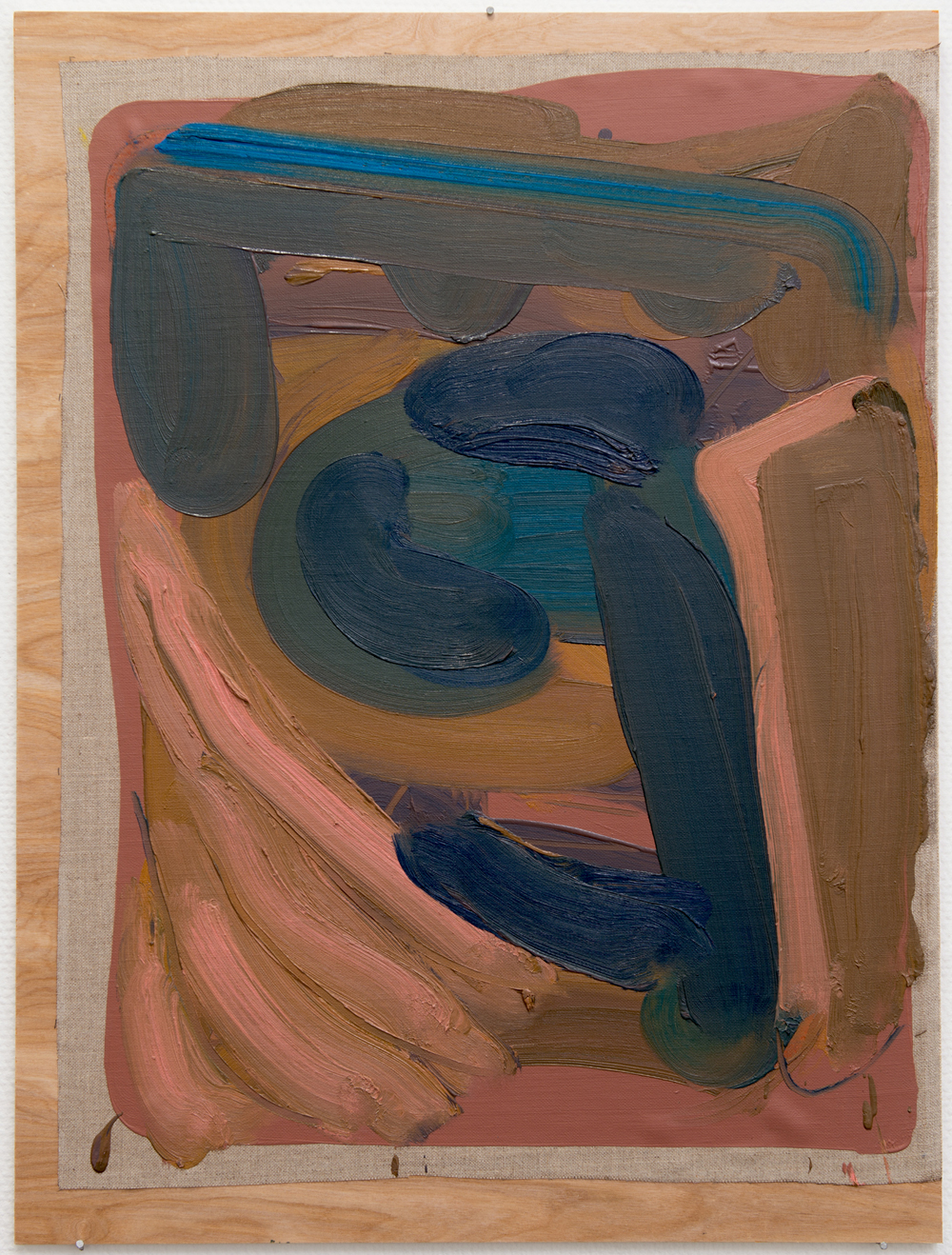 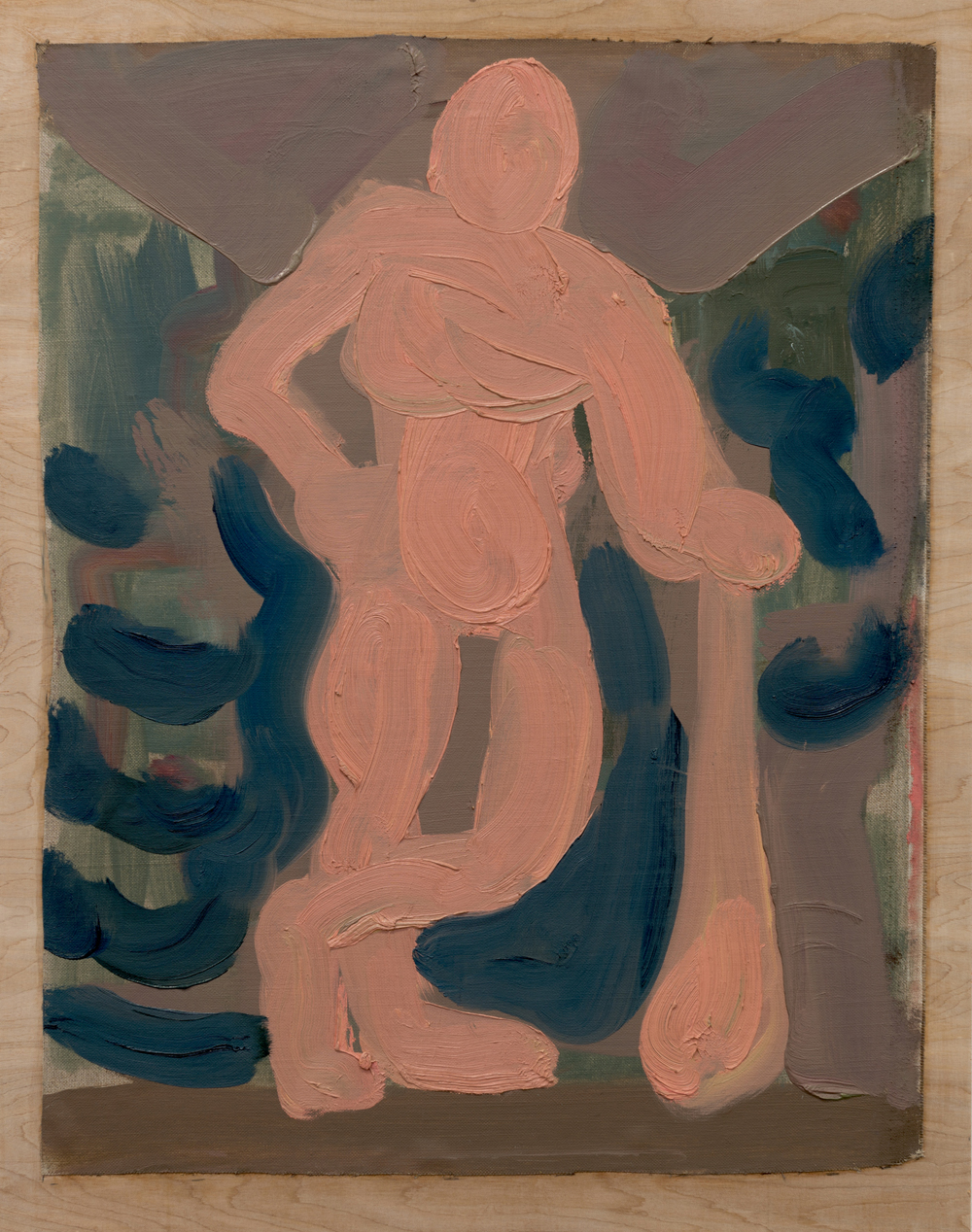 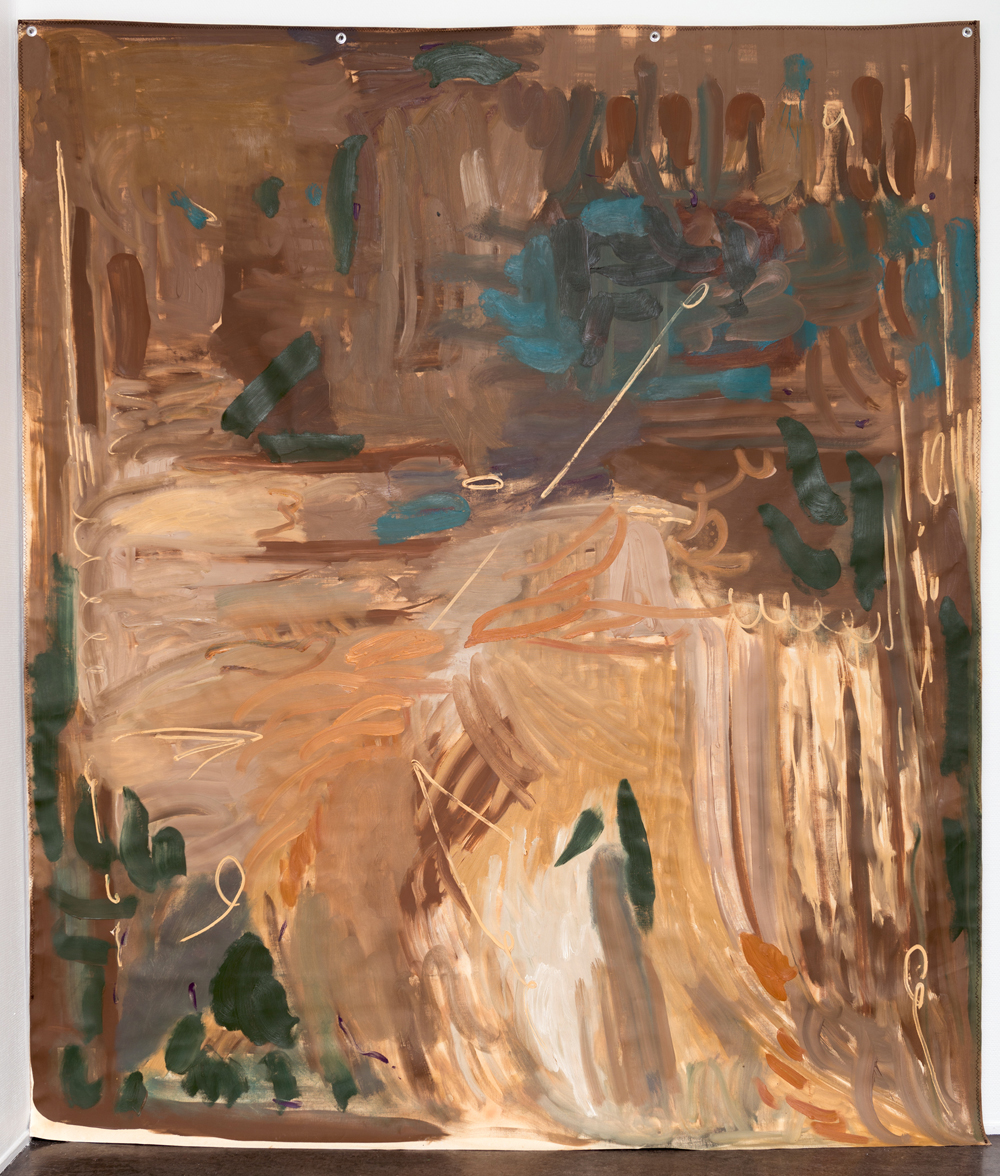 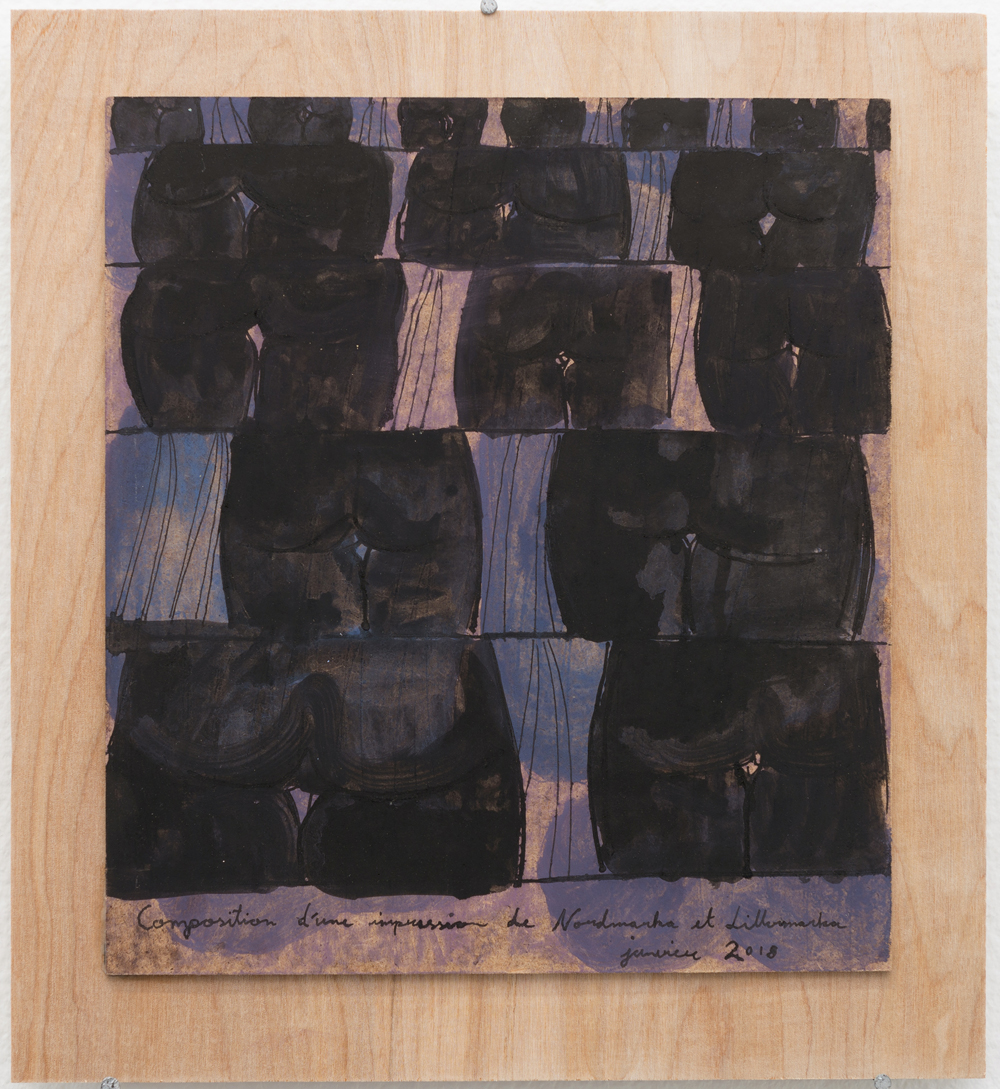 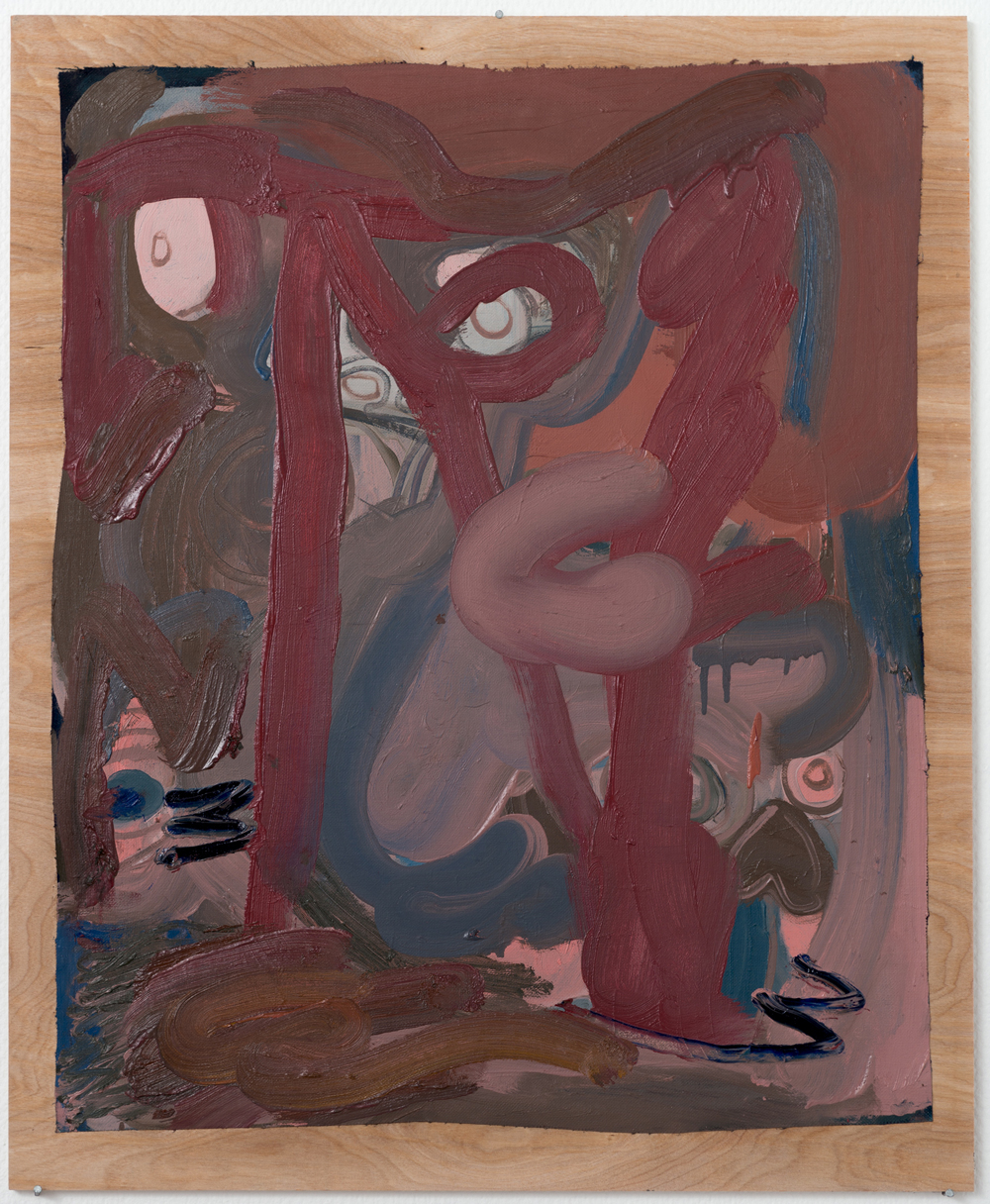 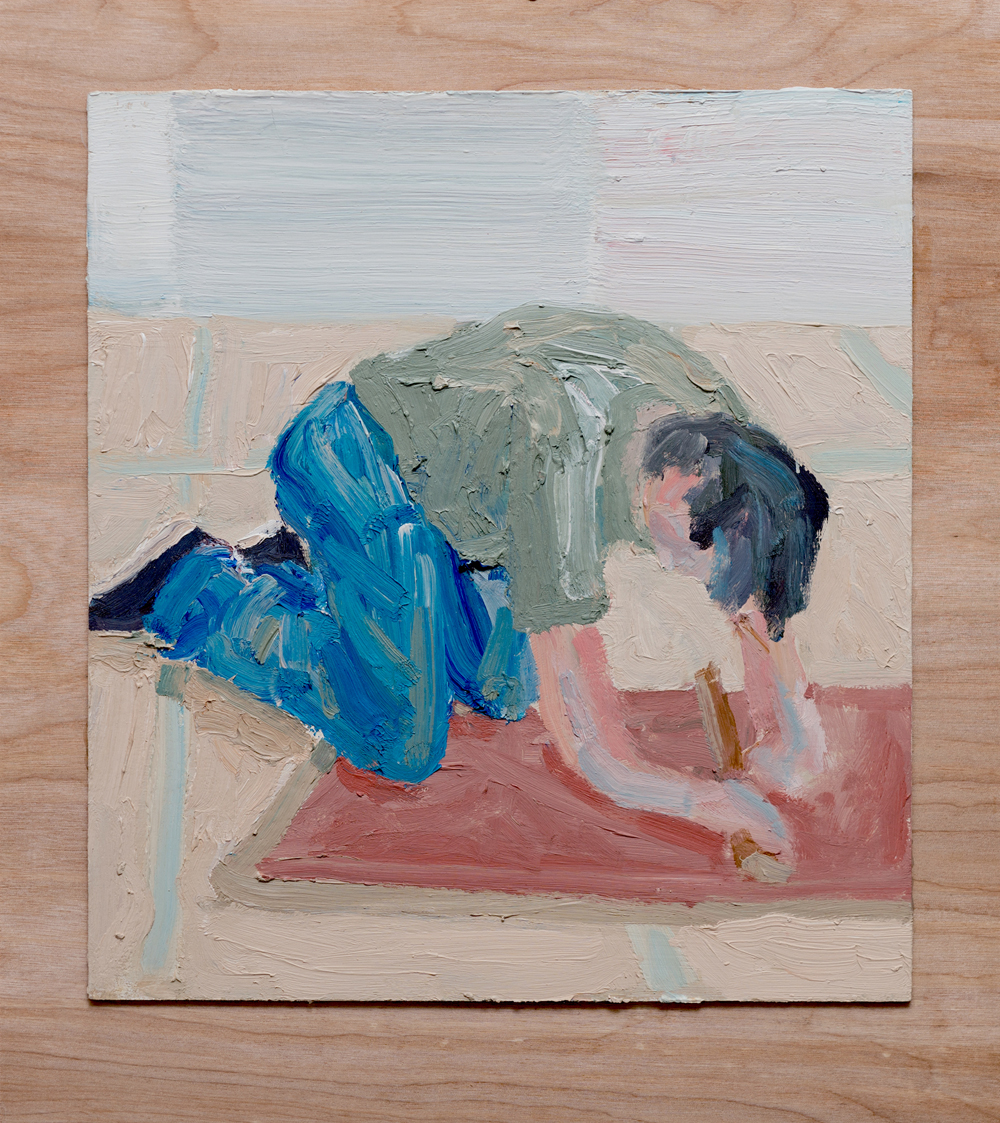 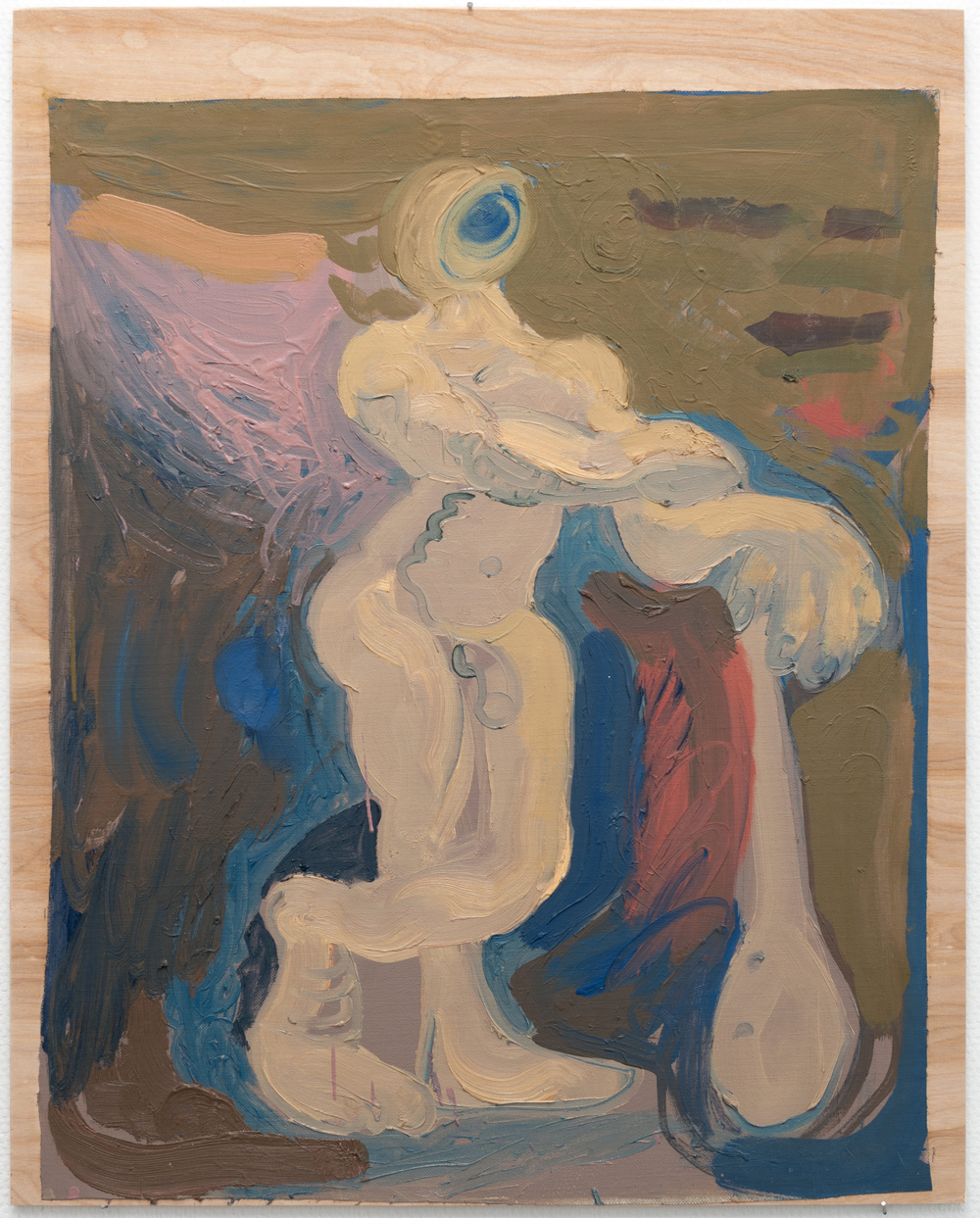 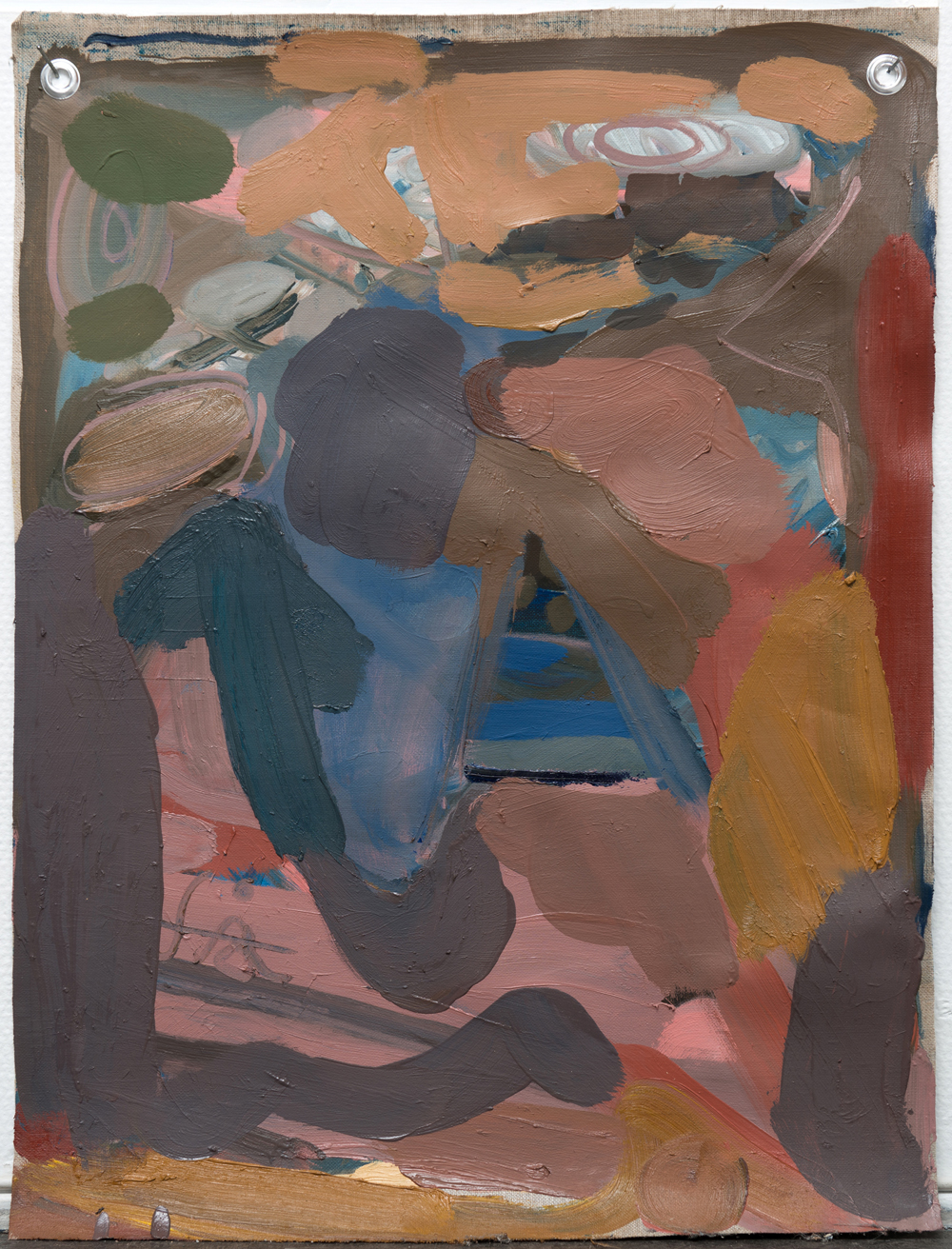 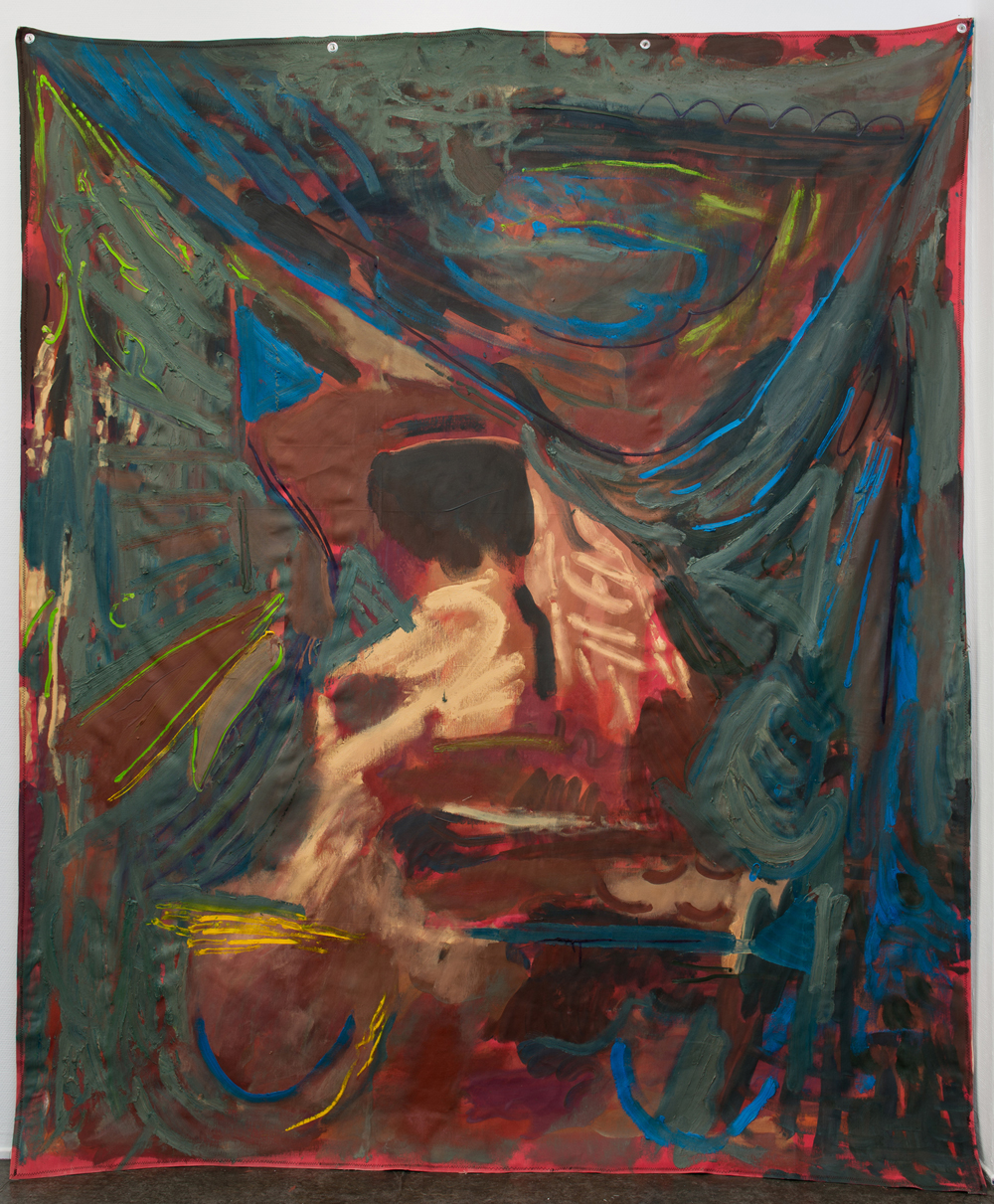 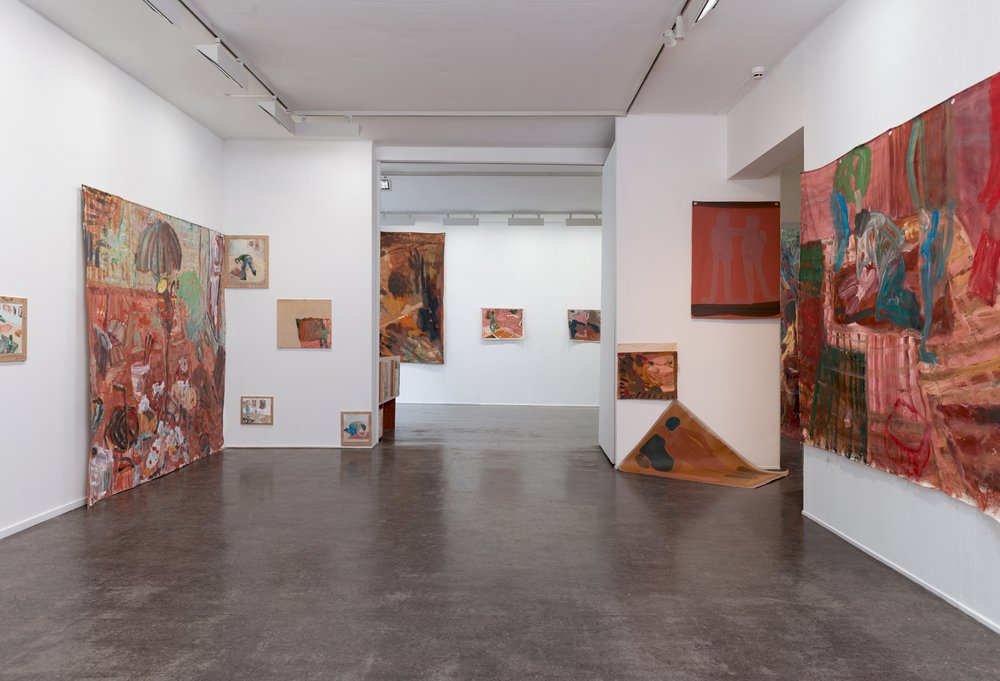 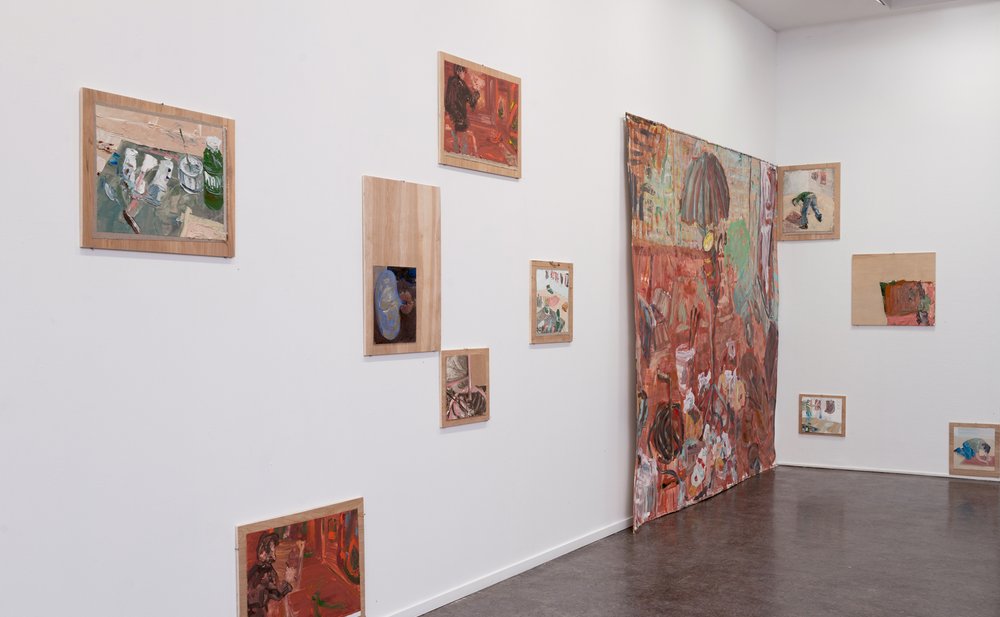 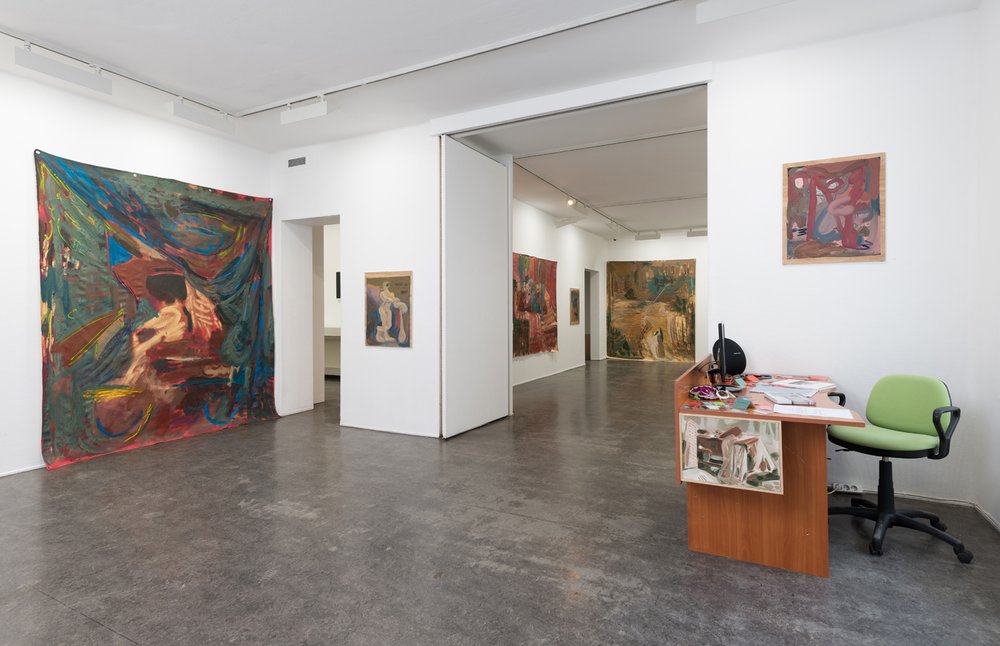 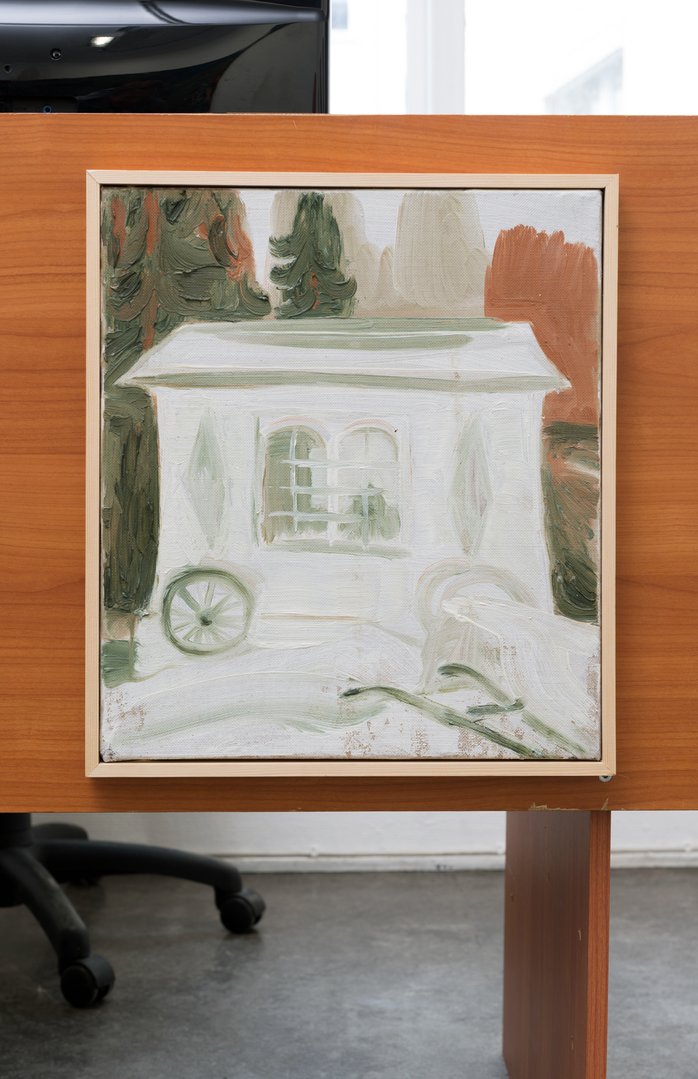 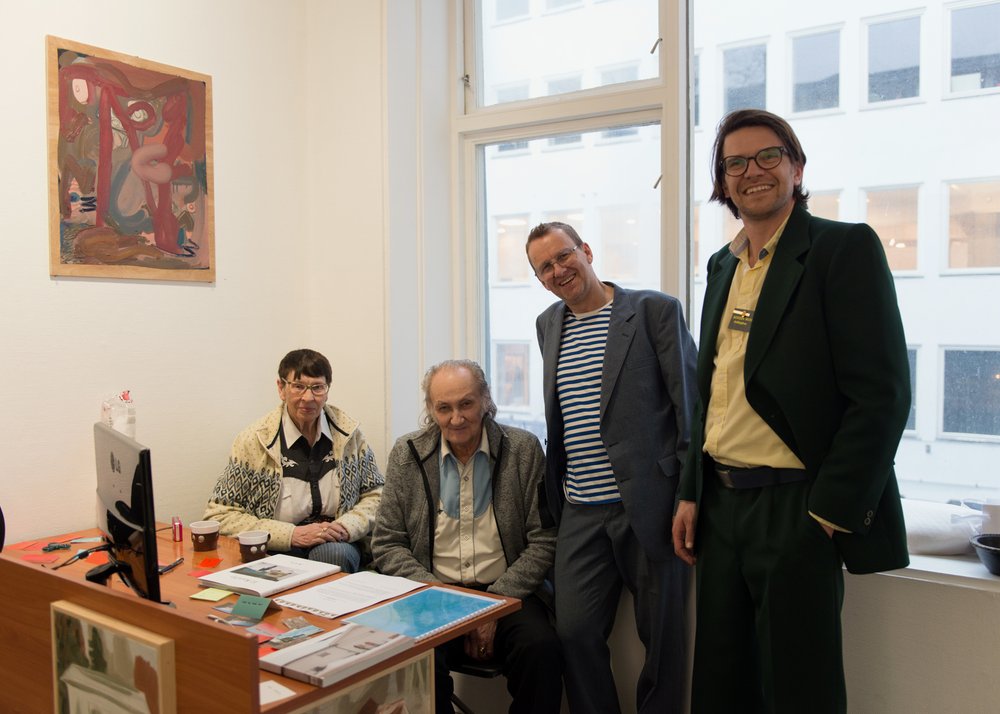 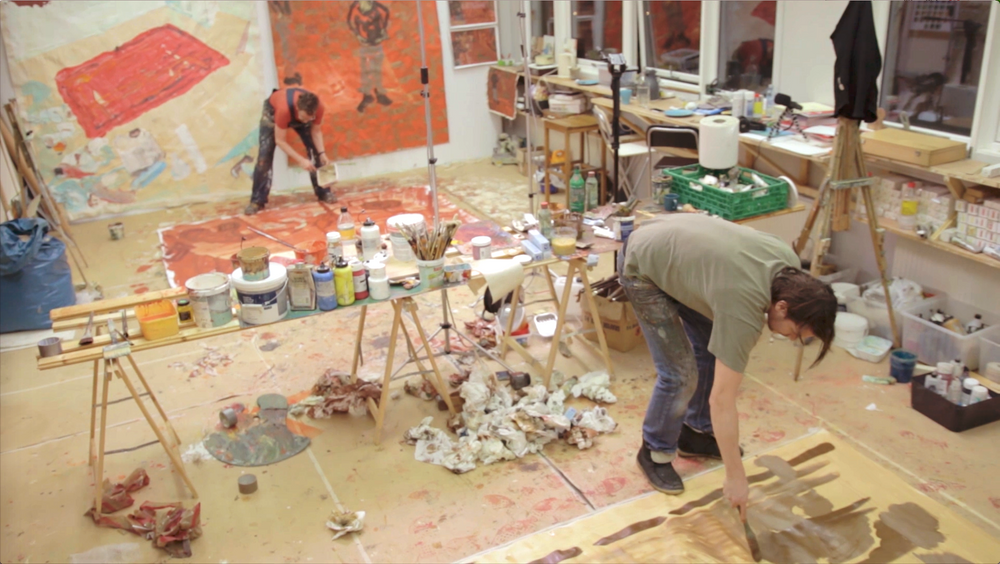