In Berit and Terje´s room at Grand Hotel after the opening of The painters - & Co.

The painters -& Co. was presented at gallery LNM in Oslo in may-june 2017. The exhibition contains of paintings made during the winter and spring 2017, at Terje and Berith´s farm Borgen in Hvittingfoss.

During the work progress the artists formulated a simple obstruction; through conversation they agreed on two colours in addition to white. The choice of colours were kept for a week or so, before it was replaced by a new choice. The formats were decided by weather, mood and the level of ambition each day invited to, in addition to the time available before they had to return to their individual homes.

-& Co. also had their release of the new book El Rancho -& Co. at the opening of The painters -& Co. (see page

Check out this article in Kunst magazine from our working progress in January 2017 at Borgen farm. https://magasinetkunst.no/2017/03/21/malerisk-feltarbeid/ 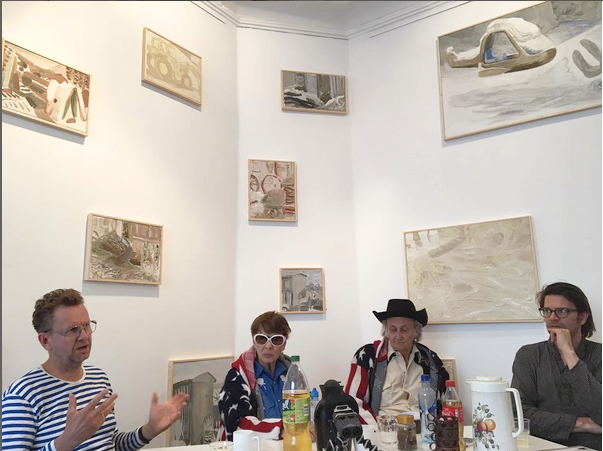 The artist talk at Gallery LNM during the show. May 2017. 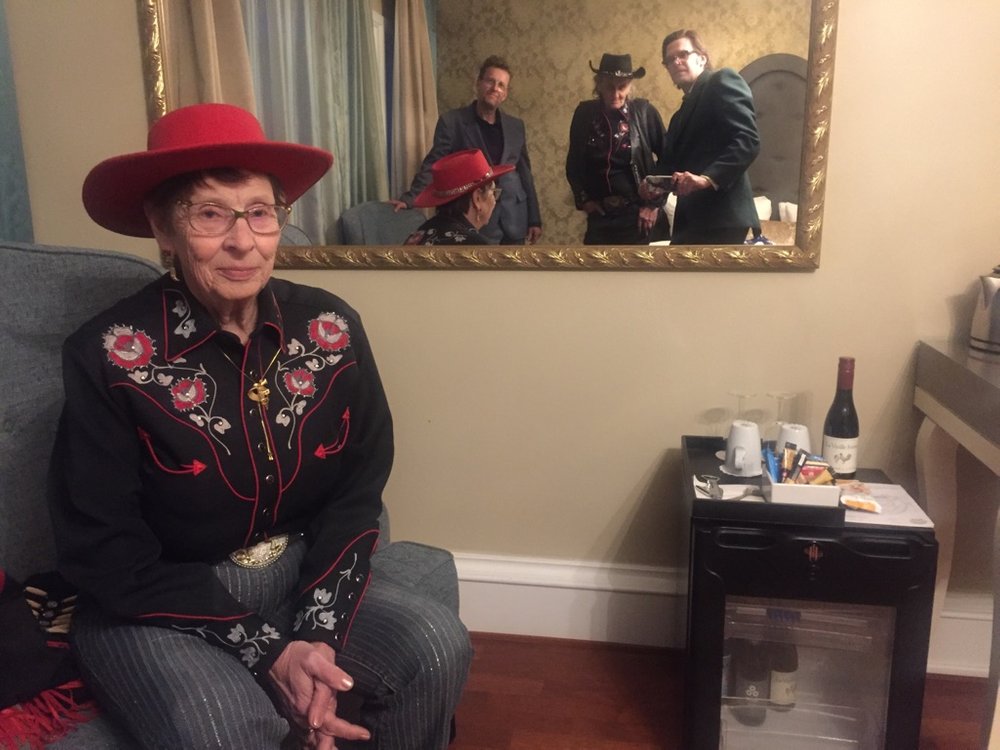